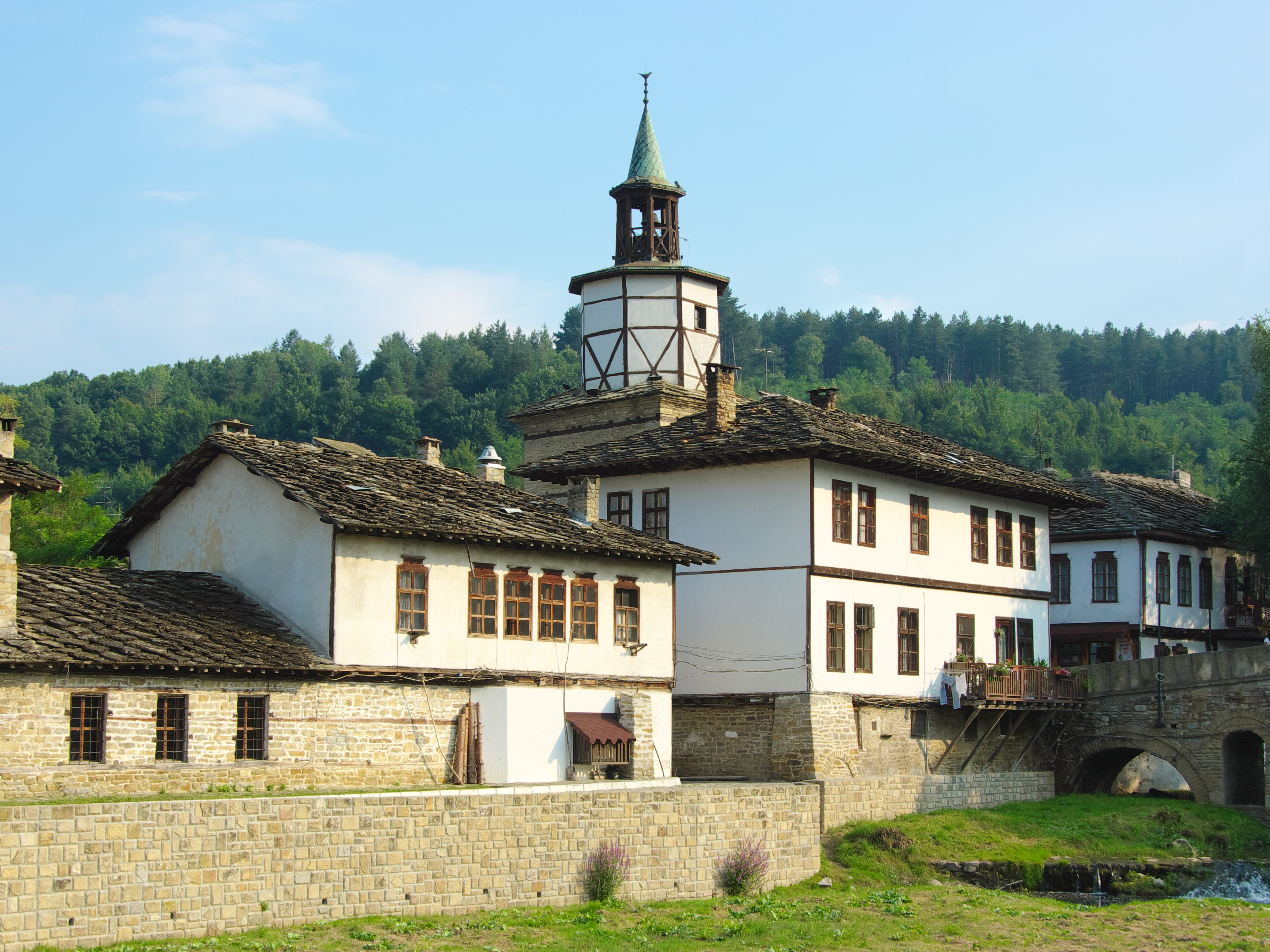 Karashka is a self-catering guesthouse in Selishte near Gabrovo. It is one of the most distinctive guesthouses in Central Bulgaria, perched on a mountain slope in the heart of think, lush woodland. At the same time, this guesthouse near Apriltsi offers quick and easy access to Central Bulgaria’s famous Revival (18th and 19th century) architecture.
Karashka is a great starting point for exploring Revival Architecture in Central Bulgaria. It is an alternative to guesthouses in Gabrovo province and hotels in Stokite.
Karashka is ideally located between Etar, a famous ethnographic open-air museum, and Troyan Monastery. At Etar, only 53 km away from our guesthouse, you can see hundreds of works crafted by hand – more than 20 handcrafts dating from the beginning of the 19th century are displayed. The next stop – Sokolski Monastery – is 10 minutes away. Founded in 1833, the monastery is an enticing destination for tourists of all ethnicities and religious beliefs. You can also try some traditional dishes here.

The town of Tryavna is just 40 minutes away from Karashka by car. Its houses, museums and bridgesarea prime example of how advanced Revival architecture was for its time. Revival architecture transformed the town into one of the most popular tourist destinations in the country.
The skills of Tryavna’s architects were related to the development of two other crafts – woodcarving and icon painting. In the early years of the development of the Tryavna Art School, the masters often took over the construction and interior decoration of the churches. As demand for churches in the first half of the nineteenth century grew, construction, icon painting and woodcarving became separate crafts.
The town’s unique appearance is a result of the tireless efforts of generations of master builders who constructed churches, bridges, and schools. Tryavna’s houses were hidden behind tall, thick walls in times of conflict, but in times of peace, their owners would open the shutters all the way down to the street.
What makes the architecture of the two-story Tryavna house unique? Distinctive features include a raised top floor, white walls with eyebrow-type windows, and sloping external corner windows. One of the most remarkable houses in Tryavna is Daskalovata–it has two suns carved on the ceiling.

The Stone Bridge and Clock Tower

The arched stone bridge, built by Dimitar Sergyov in 1844-45, is in full harmony with the surrounding architecture and the landscape of old Tryavna in general. The bridge and the Clock Tower contribute to the unique atmosphere of the town. Legend has it that in order to obtain permission from the Ottoman authorities to build the tower, the women of Tryavna had to give up their sokai, a traditional and incredibly beautiful headpiece similar to a royal diadem. Today the Clock Tower is one of the symbols of Tryavna.

The Raikov House is a prime example of the Tryavna architectural school. In 1846 Nikola Raikov, a merchant in Tryavna, contracted Dimitar Sergyov, the best builder in town at that time, to construct his new house. Sergyov integrated the best features of the Tryavna Revival house in the building, skillfully including the niches “alafranga” in the room space and veranda. Today, the house is a popular museum showing what the typical Tryavna household was like in the late 19thand early 20thcenturies. Here you can see the first bed ever brought to Tryavna and furniture of the “townhouse” type, which was absolutely unique for its time.
The first professor of organic chemistry in Bulgaria, Pencho Raikov, was born in this house. Despite his professional commitments, he never stays away from his native Tryavna long.
Hotalich medieval fortress is another interesting destination that is close to us, as our guesthouse is in Sevlievo municipality.
There are many hotels in Sevlievo Municipality and guesthouses near Gabrovo, both of which Tryavna, Sokolski Monastery and Etar are near to, but Karashka will let you experience an amazing combination of nature and culture that’s unlike anything you can imagine.